Hi, The only reason I'm starting this thread is because I've followed countless tutorials about to how to properly set the nameservers on vistacp, disregard everything I tried I keep getting this same error, as I can't find a logical explanation of why this is happening I'm hoping anyone in here can help me get it fixed as I'm, by now, at a total loss.

I have no idea what's wrong, hope someone can shed some light on this.


1) Named won't start because it complains about the following:

2) I've set up the A records for both NS but named won't start and keeps displaying the same exact error, disregarding the fact that I ALREADY SETUP A RECORDS FOR NS1 AND NS2.

NS A records on vistacp user/domain:

Error on the console: 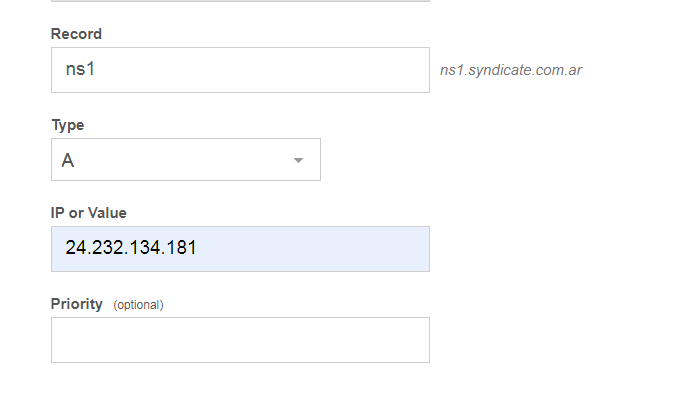 I think the preview text on the right should be more noticeable, it's varely noticeable in that light-gray color. Also there should be an indication like " PREVIEW" for stupid people like me.
Top
Post Reply
1 post • Page 1 of 1